Does CBD Oil Help With Anxiety? 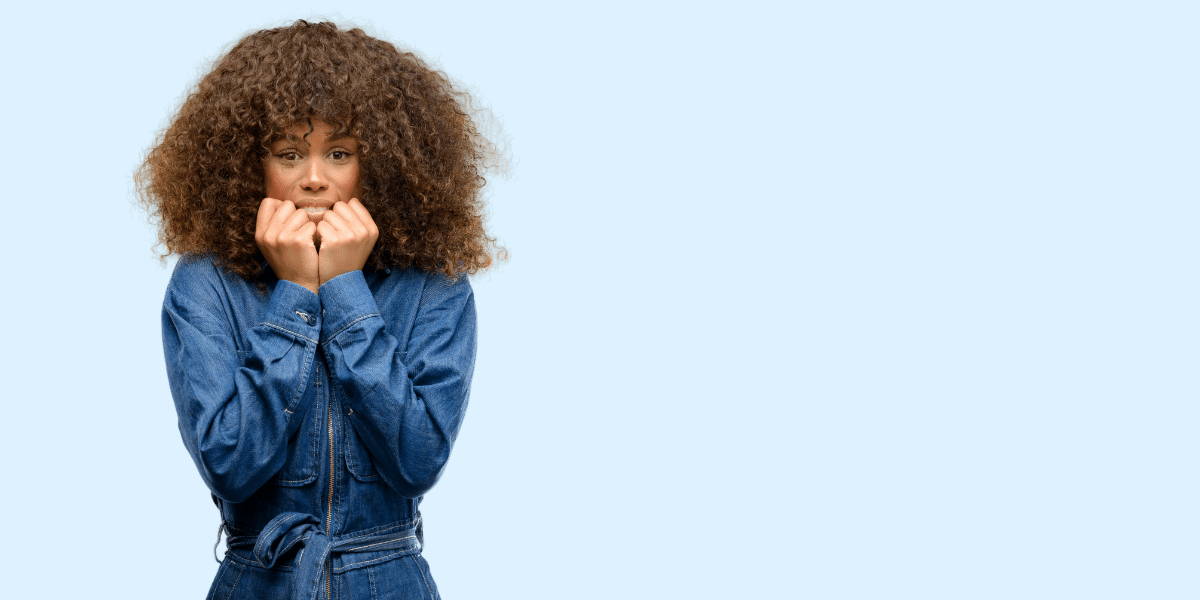 This article has been medically reviewed by Doctor Carlos Levy, DO. A board certified physician, Dr Levy has been practicing medicine for 33 years. Dr Levy is certified to recommend medical cannabis and founded High Level Health - A Balanced Approach to Medical Cannabis.

Does CBD Oil Help With Anxiety?

Anxiety disorders are the 3rd largest mental health problem in the world today, affecting approximately 7% of the population [1]. Despite guidelines and consensus statements issued by bodies such as the Canadian Psychiatric Association, the pharmacological treatment of anxiety remains problematic.

Only around 30% of people ever achieve true recovery without remission or residual symptoms, leading them to search for alternative treatments such as cannabis [2]. One cannabis based alternative that has been creating a buzz amongst consumers lately is CBD Oil.

Based upon an extract from Cannabis Sativa L., CBD Oil has been touted spuriously as a cure-all for minor ailments through to life threatening diseases. These often ridiculous claims have left consumers confused and misinformed when it comes to the real benefits of CBD Oil supplementation. Therefore, in this article we will explore one of the most inquired about potential benefits of CBD Oil supplementation – Does CBD Oil Help With Anxiety?

The future is promising for CBD oil and anxiety. Several research groups from around the world have noted that CBD oil supplementation reduces anxiety. Furthermore, reports from general clinical practice echo similar results, showing an overall reduction in anxiety amongst patient groups who were given CBD oil. Although the body of research is small and more research is needed, early signs indicate that CBD oil supplementation is an effective and widely utilised tool for managing anxiety.

The defining feature of anxiety is an intense fear of being judged, negatively evaluated or rejected in social and professional situations [3]. For people suffering with anxiety, a fear of speaking in public is said to be one of the cardinal manifestations of the condition [4].

Anxiety is associated with the impairment of social adjustments to daily life, increased disability, dysfunction and a loss of productivity [5][6]. Furthermore, anxiety follows a long-term and unforgiving course, and is rarely resolved without treatment [7][8].

Cannabis Both Induces and Reduces Anxiety

People suffering with anxiety disorders are more likely to use cannabis than those without such disorders, in an attempt to ‘self-medicate’ [9]. Interestingly, the relationship between cannabis and anxiety is a double-edged sword. Many cannabis users state a reduction in anxiety as one of the primary motivations for use. On the other hand, intense anxiety and panic are some of the most commonly reported undesirable effects of improper cannabis use [10].

This is driven by people not being able to access medical cannabis, which in turn results in improper usage. When people use cannabis responsibly under the guidance of a physician, they typically do not experience many of the negative effects commonly associated with cannabis use states Doctor Levy.

Such conflicting statements arise because THC (tetrahydrocannabinol), the most famous component of cannabis, decreases anxiety in low doses and causes anxiety in high doses [11]. Conversely, CBD (cannabidiol), another major component of cannabis, has displayed substantially different psychological effects to those of THC [12]. When administered orally, CBD has been shown to reduce, or ‘block’ the anxiety causing effects of THC [13].

Findings such as these have led the academic community, physicians and people suffering with anxiety to wonder - could CBD Oil help with anxiety?

CBD Oil Decreases The Anxiety Brought on by Public Speaking

In order to test this, researchers at the University of Sao Paulo set out to compare the effects of a simulated public speaking test on healthy controls vs people with anxiety who received a single oral dose of CBD Oil.

Simulated public speaking tests are considered a valid way to test for and predict social anxiety, as a fear of speaking in public is a fundamental component of the disorder. The participants selected for the study had received no prior treatment for their anxiety, neither pharmacotherapy nor psychotherapy.

After allowing the participants 15 minutes to get used to the lab environment, baseline measurements were taken followed by a single oral dose of either CBD oil or a placebo. Following the dose, participants were given the instructions regarding the public speaking test.

Each participant had 2 minutes to prepare a 4 minute speech about ‘the public transportation system of your city’. Furthermore, participants were told that their speech would be recorded and analysed by a psychologist. Measurements were taken before participants started speaking, during the middle of the test and at several points after the test had concluded.

The results of the test showed that participants with anxiety who were pre-treated with CBD oil displayed significantly reduced anxiety, cognitive impairment and discomfort in their speech performance. The measurements taken from participants diagnosed with anxiety, but pre-treated with CBD oil, were similar to those taken from the healthy ‘non-anxiety’ control group [14].

In a separate scientific experiment, the same research group from the University of Sao Paulo decided to test the effect of CBD oil on subjective measures of anxiety in men. However, this time the researchers also took brain scans using functional neural imaging techniques.

Alongside participants reporting improved anxiety with CBD oil supplementation, brain scans showed that blood flow was reduced to the anxiety processing areas of the brain [15].

Building upon the body of scientific literature, a recent study from the University of Kyoto showed that 4 week supplementation with CBD Oil significantly decreased anxiety in teenagers with generalised social anxiety disorder.

37 teenagers aged between 18 and 19 years old with either generalized social anxiety disorder or avoidant personality disorder were selected for the study. All of the participants were naïve to cannabis and had not received any prior pharmacological or psychological treatment. Participants were split into 2 groups and received either CBD Oil or a placebo (olive oil) daily for 4 weeks.

Anxiety symptoms were measured at the beginning and end of treatment using the Fear of Negative Evaluation Questionnaire and the Liebowitz Social Anxiety Scale. Participants who received CBD oil showed a significant reduction in anxiety scores in both questionnaires [16].

Below is some commentary on the study from Dr Mike Hart of Ready-To Go-Clinic.

In 2017 New Zealand amended their misuse of drugs act, allowing CBD Oil to be prescribed for the first time. Following the amendment a clinical audit was conducted on the first 400 patients to receive CBD Oil from Cannabis Care. Cannabis Care is a specialised medicinal cannabis clinic headed up by Dr Graham Gulbransen. The clinic has treated over 1200 patients to date and was the first clinic to administer CBD Oil medicinally in New Zealand.

Patients suffering from chronic pain, neurological symptoms and mental-health issues such as anxiety were prescribed a 100mg/ml CBD oil in a 25ml bottle and told to consume at least 100mg per day. This is the equivalent of using a 10% CBD oil and taking 20 drops, or one full dropper per day.

Patients with mental health related symptoms such as anxiety, PTSD and depression reported improvements in their ability to carry out their usual activities, with 70% of patients reporting some level of satisfaction from using CBD Oil [17].

How Much CBD Oil Should You Use For Anxiety?

Scientific research, reports from clinical practice and commentary from doctors suggest that CBD oil is an effective aid in managing anxiety. However, the amount of CBD oil you should take for anxiety, otherwise known as the dosage, is less clear.

Therefore, Cannubu decided to go through the research and compile a table of dosages where CBD oil supplementation was effective in reducing anxiety:

The studies in above table show that CBD oil was effective in reducing anxiety across a range of doses from 40mg to 600mg. To complicate things further, in the New Zealand clinical practice dosage was not tracked in an accurate manner. That being said, reductions in anxiety were reported across all dosages.

Due to the wide range of dosages where CBD oil appears to be effective, Cannubu asked Doctor Levy for his opinion on the matter:

It’s very early days for CBD. As to what an optimal dose looks like, we are not entirely sure. At High Level Health we typically start people on around 30mg a day and titrate up depending on the severity of the anxiety. Ideally patients will supplement CBD over long periods of time, aiming for long term steady state psychological benefits.

CBD oil typically comes in a 10ml bottle with a 1ml dropper. Each full 1ml dropper holds 20 drops of oil. Here's how many drops of oil you would need in order to hit 30mg of CBD when using Cannubu's products:

HOW MANY DROPS PROVIDE 30MG OF CBD?

When to take CBD Oil for Anxiety

From the available research on CBD Oil and anxiety, there appears be to 3 consumption methods chosen by researchers or physicians:

This is the way the Sao Paulo researchers chose to administer CBD Oil to participants in their scientific studies. Essentially, you take CBD Oil right before an event that you know will cause you anxiety, for example the morning commute or maybe a public speaking gig.

This method of consumption is the most common form witnessed in general clinical practice. With this method you simply take CBD oil as and when needed.

The future is promising for CBD oil and anxiety. Several research groups from around the world have noted that CBD oil supplementation reduces anxiety. Furthermore, reports from general clinical practice echo similar results, showing an overall reduction in anxiety amongst patient groups who were given CBD oil. Although the body of research is small and more research is needed, early signs indicate that CBD oil supplementation is an effective and widely utilised tool for managing anxiety.

Jordan Donohue is a qualified nutritionist who has spent the last 5 years working in the supplement industry.

SHOP THE RANGE NOW
Back to The Cannubu Blog