Turmeric and curcumin have both experienced explosive growth as nutritional supplements in recent years due to the wide range of health benefits they can provide. However, since they are so similar consumers are often left confused leading them to wonder which one they should supplement with.

Although now cultivated globally, Turmeric is a flowering rhizome native to India and Indonesia. A rhizome is a plant stem that grows underground and is often referred to as the root. Commonly consumed rhizomes in the West include ginger, lotus, galangal, and turmeric.

First mentioned in Indian Vedic cultures over 4000 years ago, turmeric gradually spread to other continents, and reached China and Japan by 700AD, East Africa by 800AD, West Africa by 1200AD, and was introduced to Europe by Marco Polo in 1280.

Turmeric is widely used in cooking for colour and flavour, as well as to colour cosmetics and to dye clothes. However, it is turmeric’s therapeutic properties in traditional herbal practices where it has made the most impact, such as the consumption of neem and turmeric as a botanical combination.

On analysis over 100 different compounds have been identified in turmeric, which include phytonutrients, essential oils, potassium, phosphorus, and iron, along with vitamins B1, B2 and B3. Alongside this array of nutrients, turmeric is also a rich source of polyphenols, the most famous of which being curcumin [1].

The name curcumin is derived from the Arabic word al-kurkum, which translates as saffron, another equally brightly coloured yellow spice.

Curcumin is a polyphenol found within turmeric and belongs to a group of three compounds known as the curcuminoids. The curcuminoids are responsible for giving turmeric its characteristic bright orange colour and are said to be the major driving force behind turmeric’s health benefits.

Below is a list of the curcuminoids found in turmeric, with curcumin being the most notable:

In the nutrition industry when something is described as turmeric, it typically refers to the whole root of turmeric (curcuma longa), be it in whole or powder form.

When something is described as curcumin, it refers to the specific polyphenol curcuminoid that has been extracted from turmeric.

Over time the terms turmeric and curcumin have become conflated, with many consumers and brands using them interchangeably. Furthermore, many articles written on the benefits of turmeric are actually referring to the benefits of curcumin. This is because curcumin comes from turmeric and so to many, they are one and the same thing. Whilst this is true to some extent the effects of the two ingredients are very different, with the effects of curcumin being much more pronounced than those of turmeric.

Research demonstrates that curcumin is the main active ingredient in turmeric and that it is responsible for many of the benefits of turmeric supplementation, owing to its antioxidant and anti-inflammatory properties. This is the reason why so many ‘turmeric’ supplements are actually formulated with curcumin extracts as opposed to the simple cooking spice, as research shows curcumin is the most powerful part of the turmeric root. 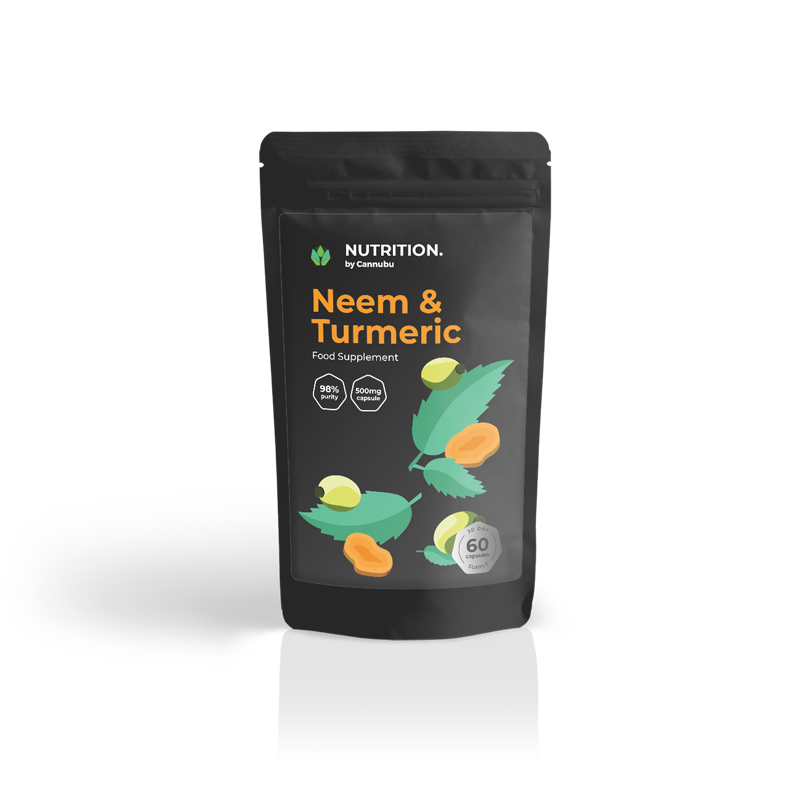 What Are The Benefits of Turmeric?

Studies have suggested supplementing with turmeric can improve skin conditions such as acne, dermatitis, sun damage and psoriasis. Turmeric’s antioxidant and anti-inflammatory properties are thought to be the mechanism behind the positive effects, which in turn help to reduce redness and inflammation [2][3].

What Are The Benefits of Curcumin?

The body of evidence in support of curcumin’s anti-cancer properties is well-founded, showing that curcumin can influence numerous pathways that inhibit the growth of cancer. Furthermore, curcumin has been shown to influence the expression of genes which promote the destruction of cancer cells whilst promoting the growth of healthy cells.

Curcumin has also been shown to hinder the growth of additional blood vessels in cancer, which the cancer cells need for growth. Finally, curcumin can lower inflammation, stopping the conversion of normal cells to tumour cells [6].

During sport and physical exercise, the body is subjected to considerable stress from which it needs time to rest and recover. Researchers decided to evaluate how and to what extent curcumin can help in this recovery process. Athletes who supplemented with curcumin showed less inflammation and oxidative stress.

Due to the refined diets of Western culture, irritable bowel syndrome (IBS) has increased in prevalence in recent years. IBS is notoriously hard to manage and causes considerable discomfort, which has led researchers to explore the ability of botanicals to treat the disease and manage its symptoms. Curcumin has shown promise in this area, with its anti-inflammatory and antioxidant effects providing protective effects on the mucosa or gut wall, which in turn can help to alleviate the symptoms of IBS with few reported side effects [8].

When the body is subjected to duress the natural reaction is to create anxiety and stress as part of the fight or flight response. During this process, a hormone, ACTH, activates the production of the steroid hormone cortisol. Research has shown that curcumin acts as a limiter on the release of cortisol. At the same time continued or chronic stress has been shown to result in inflammation, which can also be reduced by curcumin or the combined effect of curcumin [9].

The link between depression and inflammation has made curcumin a worthwhile botanical to study.

Increasingly studies have shown the anti-inflammatory properties of curcumin have a similar effect to antidepressant drugs, although this research is still in its early stages [10].

Curcumin is an isolated polyphenol found within turmeric. Whilst both turmeric and curcumin are effective nutritional supplements, research shows that curcumin is the powerhouse behind turmeric’s effects on wellness.

To date there are over 14,000 studies on curcumin, with many of them suggesting curcumin is beneficial towards health. Therefore, when shopping for an effective turmeric/curcumin supplement, we highly recommend going for curcumin rather than whole turmeric.